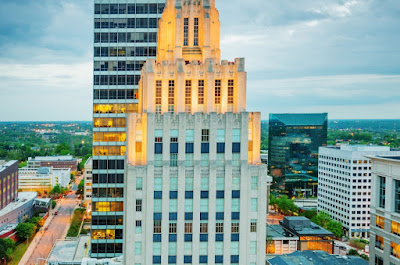 Get Acquainted With Our Featured Hotel -

The Cardinal Hotel is a new four-star sophisticated, yet gracious boutique hotel to experience in Winston-Salem, NC. Guests are invited to indulge in southern hospitality while they engage in a modern hotel concept with today's travelers in mind.

The Cardinal Hotel is prominently located downtown in Winston-Salem's most recognized historical building. Residents from the local community affectionately remember the building which has been vacant since 2009 as the longtime headquarters for the R.J. Reynolds Tobacco Company.

The value of this historical building is $12.3 million according to Forsyth Conty tax records. Built in 1929 and considered one of the country's first examples of Art Deco architecture in the US, the R.J. Reynolds Building was designed by Shreve & Lamb, the same architects who also later designed the Empire State Building in New York City. The resemblance is quite impressive and undeniable. 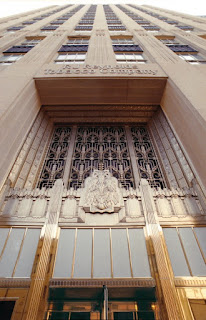 There was much debate over a period of time throughout the Winston-Salem community in regards to figuring out how to maintain the history and the integrity of the original architectural design while finding a new use for the building.


Dennis Quaintance, chief executive and chief design officer for Quaintance-Weaver Restaurants and Hotels based in nearby Greensboro, NC, had initially been provided the opportunity in 2012 by Reynolds American, Incorporated, to study the feasibility of renovating the building. Quaintance-Weaver had previously been successful with their renovation project in a historical building located in Greensboro, which is now known as Proximity Hotel.

Even though Dennis considered the project, he ultimately turned down the offer. Daan Delen, president and chief executive officer of Reynolds American, said the company was initially disappointed because they recognized the project’s potential role in downtown revitalization. They needed a partner such as Dennis who would also recognize the historical value of their building.

Several years later, the timing was right for another developer that had a clear vision for a new hotel development project.

Kimpton Hotels and Restaurants based in California, along with Pennsylvania based PMC Property Group recognized the R.J. Reynolds building as a special opportunity. They worked closely with city leaders throughout the process. Now they are ready to start welcoming guests.

“The R.J. Reynolds Building is one of the most historically significant and architecturally interesting buildings in the country, and we are honored to be able to play a role in adapting it into an exciting new hotel for the city, while preserving its important history and character that R.J. Reynolds Tobacco Company has taken such great care to maintain,” said former Kimpton Chief Executive Officer, Mike Depatie, who was President of Kimpton at the time of initial development for The Cardinal. “It’s also exciting for us to be expanding our footprint in the Southeast, bringing the Kimpton sense of style and fun to a new market of travelers and Winston-Salem locals.”

PMC embraced the majesty of the original design and transformed the office building into a first-class, mixed-use boutique hotel and luxury rental housing units. The building features a stunning main lobby with ornate murals, gold-leaf gilded mill work in the ceilings, and interior nickel and brass elevator doors throughout.

This mixed-use property will now include the hotel with meeting and function space, a lobby bar, restaurant, and luxury rental residential housing units (located on the upper floors).

The Cardinal Hotel has 175 rooms, 36 suites, a hotel fitness center, a bowling alley, indoor basketball court and more than 6,375 square feet of event and meeting space, including two ballrooms and several meeting rooms. This hotel also features a 120-seat restaurant (The Katharine Brasserie and Bar).

While this is Kimpton’s first hotel in North Carolina, the new Winston-Salem hotel will broaden the San Francisco-based hotel brand’s presence in the Southeast. In addition to this property, Kimpton recently opened The Brice in Savannah, GA and also operates three popular hotels in Miami, including the Epic Hotel, the Surfcomber, The Angler’s hotel and an additional property on Florida’s popular Atlantic Coast, the Vero Beach Hotel and Spa. This is also the second venture in two years for Kimpton partnered together with the development PMC Property Group.

“Kimpton has an excellent track record in adapting historic buildings into unique boutique hotel properties, and as we learned through our work together on the upcoming Hotel Monaco Pittsburgh, we believe we will produce a new and dynamic destination in downtown Winston-Salem,” said PMC Property Group President Ron Caplan. 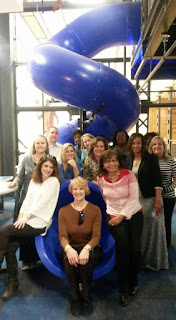 It has always been important to Reynolds American, Inc. and city leaders in Winston-Salem, NC that developers would appreciate the historical value of their building. Richard acknowledged this by saying, “The Kimpton Cardinal Hotel will be set in Winston-Salem's most iconic structure, the R.J. Reynolds Building. This building, as is R.J. Reynolds company, is such an important part of the fiber of our community and bringing this building back to life with a Kimpton Hotel and 120 residential apartments is a significant statement for Winston`s continued downtown resurgences.”

Richard Geiger feels the character and culture of Kimpton Hotels is very much in keeping with the personality of Winston-Salem. “We are a community rich in art, history, culture and culinary experiences—the Kimpton Cardinal will be a great fit”, says Geiger. “Having Kimpton hotels select Winston-Salem as the first city in North Carolina to put a hotel also speaks volumes for the confidence they have in our hospitality and tourism industry.” 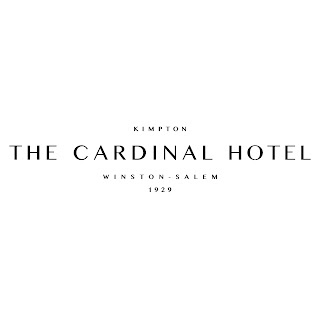 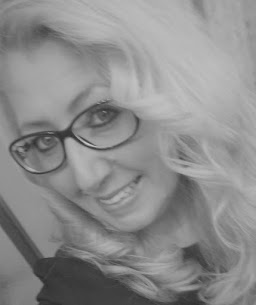